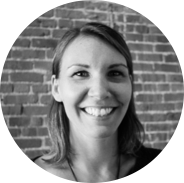 Isabel brings over 10 years of diverse social service experience to Hello Housing.  Prior to joining Hello Housing, Isabel managed Compass Family Services’ Rental Assistance Program for San Francisco families experiencing homelessness.  While at Compass, Isabel worked closely with the Mayor’s Office of Housing and Community Development, the Department of Homelessness and Supportive Housing, San Francisco residents, community partners, and Bay Area landlords to provide move-in and eviction prevention assistance and to over 250 families.  She also designed and managed the agency’s Aftercare Program, offering ongoing support, advocacy and tenants’ rights education for families who had moved into stable housing.  Before moving to the Bay Area, Isabel spent seven years in El Salvador collaborating on environmental projects as a Peace Corps volunteer and teaching English to at-risk youth.  Originally from Northern Michigan, Isabel earned her bachelor’s degree in Environmental Studies from the University of Michigan and her master’s degree in Public Administration from San Francisco State University. 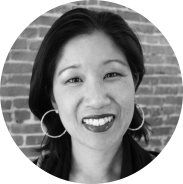 Lin has over 10 years of experience developing and advocating for local programs and policies that address housing and economic justice.  For 8 years, she worked at the City of Oakland in the City Administrator’s Office and the Department of Housing and Community Development. Her projects have included addressing abandoned properties, seismic retrofit programs, foreclosure prevention and mitigation programs, launching the one-stop Housing Assistance Center, leading the City’s efforts to advance green and healthy housing, directing community outreach for housing programs, and overseeing citywide Recovery Act compliance. Prior to joining the City of Oakland, Lin was an attorney at Cooley LLP, where she advised companies and nonprofit organizations on corporate governance and business transactions.  Her professional experience also includes policy advocacy roles at the East Bay Community Law Center, Public Counsel Law Center, and the Advancement Project. She is a graduate of Harvard College and UC Berkeley Law School and a member of the California State Bar. 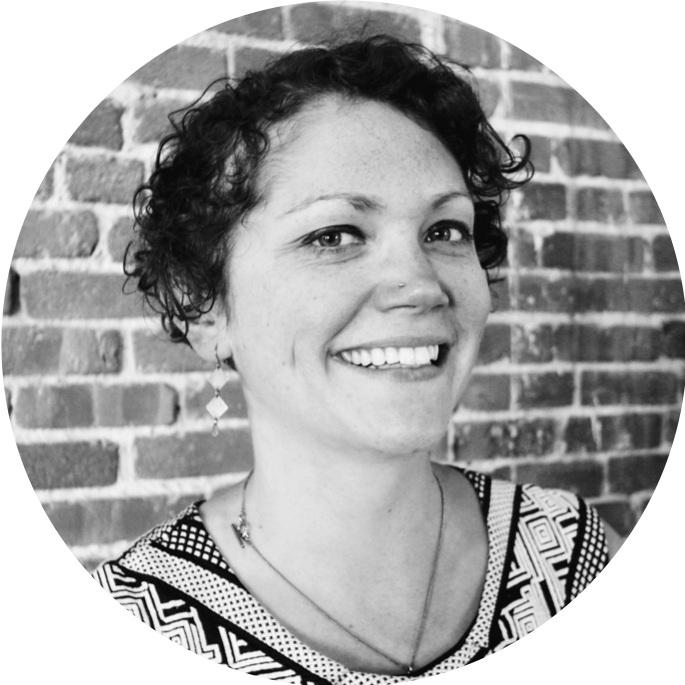 Sarah started her career in non-profit housing in 2007 at a residential SRO hotel in San Francisco’s Tenderloin neighborhood. Initially focused on supportive services, she transitioned to affordable housing property management and development with BRIDGE Housing in 2012. While at BRIDGE she supported the Senior Leadership Team in maintaining financial and program compliance, which led her to Eden Housing in 2014. At Eden, she took on a more elevated role as Compliance Manager, co-managing the organization’s compliance team. In 2016, her background in affordable housing brought her to Hello Housing as a Program Manager for Hello Stewardship. In addition to working in non-profit affordable housing, her passion for social justice has led her to several outside projects along the way, which have included collaborating on the American Civil Liberties Union of Northern California’s miACLU campaign, where she worked toward appealing anti-immigrant laws at the state level, as well as serving on the board of a local bay area women’s networking organization, Good Ol’ Girls. Sarah hails from Sacramento, CA and attended the University of California at Santa Cruz, where she earned a bachelor’s degree in Sociology. 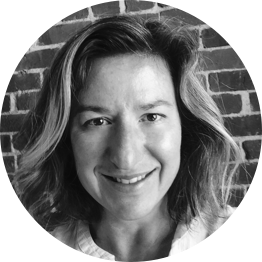 Jennifer brings 20 years of experience pioneering new models of housing and service delivery for individuals and working families across the socioeconomic spectrum. Designing and implementing new programs is a strength and a passion that Jennifer brings to her work. She has helped Bay Area cities and counties craft new approaches to maintain and protect existing affordable housing stock during the economic downturn while also designing anti-blight and anti-displacement strategies through innovated public-private partnerships with mission oriented companies.  Throughout her career, Jennifer has researched and disseminated effective management and service technologies to assist people with developmental disabilities, physical limitations, and other challenging conditions associated with housing access issues to find their way home. In her current role Jennifer assesses feasibility of new housing programs and projects, manages site selection, acquisition and resale of homes, and manages partnerships with lenders, homebuyers, government funders, service providers, peer nonprofit organizations and partner developers. Jennifer is currently serving as an Advisor of the Board of Directors for California Community Opportunities, a well recognized non-profit residential service corporation, which deploys innovative service models for children and adults with developmental disabilities. Jennifer earned a Bachelor of Science degree in Education and a Masters of Social Welfare from the University of Kansas and is a licensed Real Estate Broker in the State of California. 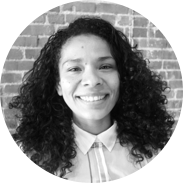 Paxcelli is a Bay Area native and can’t imagine calling any other place home. Prior to joining Hello Housing Paxcelli worked primarily in the construction industry, more specifically the housing sector. This dynamic field introduced her to the booming Bay Area housing market and all of its intricacies. As a result Paxcelli was inspired to join a non-profit addressing an issue she has become passionate about-affordable housing. Paxcelli earned a Bachelor of Science in Finance at San Francisco State University and is currently working on earning a Masters of Arts in Professional Communication at the University of San Francisco with the intention of making lasting social change on issues she cares with honest, clear and purpose driven communication. 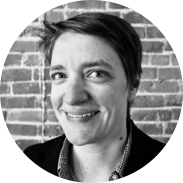 Prior to joining Hello Housing, Zoe spent 12 years in the non-profit housing counseling field. She began her career as a credit and housing counselor in Pittsburgh, PA, at Consumer Credit Counseling Service of Western Pennsylvania. After moving to the Bay Area in 2006, Zoe spent 11 years at BALANCE, an organization that provides comprehensive financial counseling and education, serving in counseling and quality improvement positions before moving to housing program management. She co-managed pre-purchase, foreclosure prevention and post-modification programs serving clients in the Bay Area as well as nationwide. Zoe discovered her passion for helping others while taking a gap year after high school and serving as a corps member for City Year Boston, where she ran an after-school program for middle schoolers and completed improvement projects for residents of the city’s housing developments. She is very excited to bring her passion for community focused programs to Hello Housing. Zoe grew up in Washington, DC, and received a BA in Self, Society and Culture from Antioch College in Yellow Springs, Ohio. 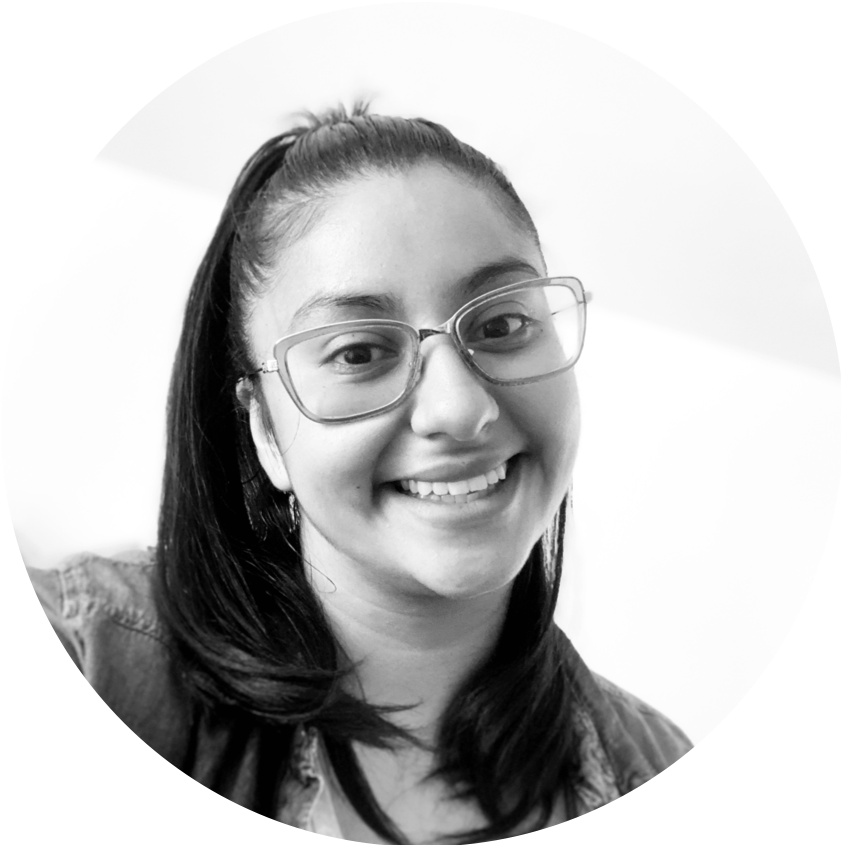 Janina was born and raised in the Bay Area. She started her career as a Project Manager for Glide Community Housing where she fell in love with housing development and helping others. Her projects included stabilizing existing housing and working on the city’s RAD (Rental Assistance Development) to help create new housing for homeless, previously homeless and low-income single adults. In 2018 she started working for Mission Housing Development Corp, her work as a Resident Services Coordinator focused on direct social services with low to moderate income families. She has a passion for social change and advocates on behalf of those who are at risk. She is excited to begin working at Hello Housing in order to bridge the gap and make homeownership affordable and accessible.

Mardie combines experience in architecture, development and finance with a passion for creating inspired affordable housing. After earning her architecture degree from Rice University, she spent five years developing affordable housing to revitalize the Fifth Ward, Houston’s lowest income neighborhood. There, she co-created an exhibition and demonstration project, “16 Houses: Owning a House in the City” in partnership with the Rice School of Architecture and Diverse Works Artspace. As a result, Mardie recognized the need for creative financing and for building bridges across disciplines to help make cutting-edge projects a reality. After earning her MBA from Harvard Business School, she served as a Harvard fellow at Boston Community Capital, a nationally recognized CDFI. Mardie moved to the Bay Area in 2003 to be the Director of Real Estate Lending for Opportunity Fund, making investments in affordable housing and community facilities throughout Silicon Valley. Here, she was introduced to many people committed to creating a brighter future for the residents of Agnews Developmental Center, which led to the launch of Hello Housing in 2005. In 2006, Mardie was awarded the Echoing Green Fellowship and featured in the book, Work on Purpose. In 2016, Hello Housing became an affiliate of MidPen Housing and Mardie joined MidPen’s Executive Team. She serves on the board of Grounded Solutions Network, a national organization whose mission is to cultivate communities – equitable, inclusive and rich in opportunity – by advancing affordable housing solutions that last for generations. 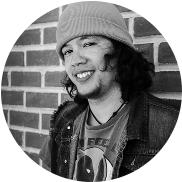 Darien, originally from Stockton, started his work in the non-profit sector as an Outreach Youth Program Assistant helping troubled youths get back on their feet. Prior to working for Hello Housing, he was working in the customer service industry. After moving to the Bay Area, Darien decided he wanted to do something to help the people more. Currently, Darien is pursuing his Bachelor’s degree in psychology so he can help people redefine themselves. He has a driving passion and is an active advocate for mental health awareness. 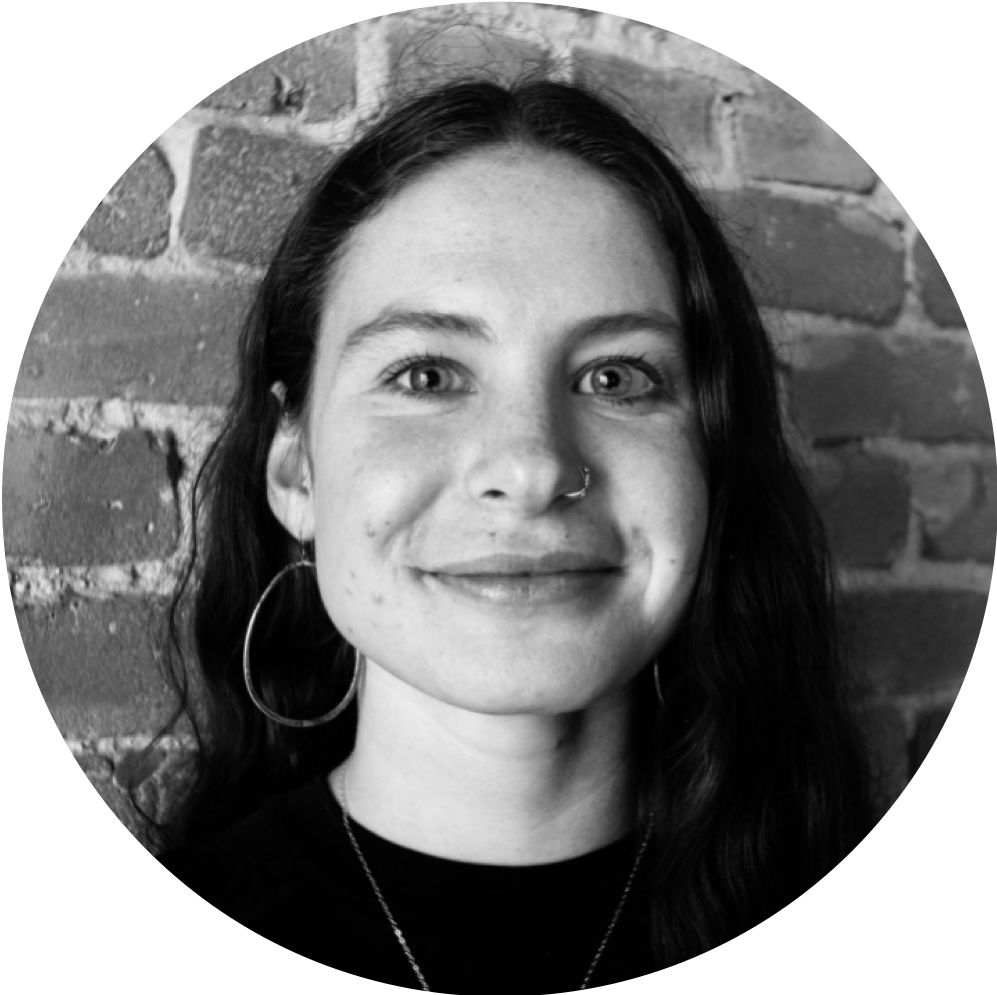 Mollie, originally from New York City, moved to the Bay Area to work for Hello Housing. Before joining Hello Housing, she worked as a Community Outreach Assistant at the Cancer Research Institute. Mollie attended Clark University where she earned her Bachelor’s degree in Geography and her Master’s in Community Development and Planning. During her Master’s she worked closely with the non-profit African Community Education to help provide social and educational services to refugee and immigrant youth. She also served as an AmeriCorps member for City Year Louisiana before attending college. Mollie is passionate about social justice and inspired by the work of bell hooks, Toni Morrison, and Maria Lugones.

Sarah’s background in community development projects, green building and education brought her to Hello Housing as a Program Manager for Hello Stewardship. While working at GRID Alternatives, she interfaced with homeowners and developers of affordable housing to coordinate over 200 solar PV installations with low-income homeowners throughout Northern California and in Native American tribal communities. Her responsibilities included marketing, community outreach and education, partnership building and project management for the Single-Family Solar Affordable Homes (SASH) Program. She has since worked as a Project Manager for utility-funded energy efficiency incentive programs with the consulting firm Newcomb Anderson McCormick and spent a year teaching English in Chile. She is passionate about sustainable development, working with underserved communities and using her Spanish language skills. Sarah holds bachelor’s degrees in both Spanish and Environmental Studies, with an option in Land Use Planning and Management, from California State University, East Bay. 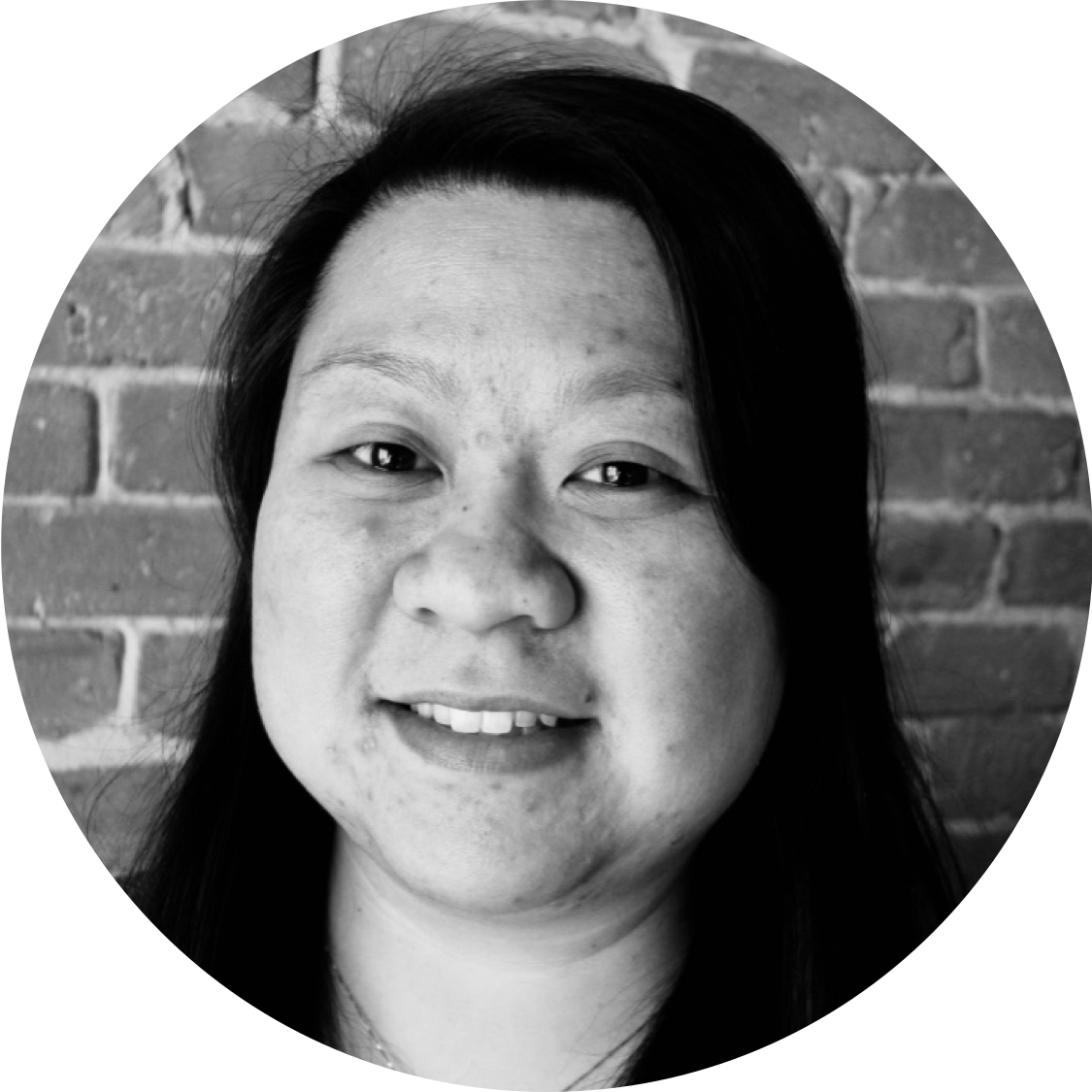 Prior to joining Hello Housing, Florence worked primarily in the customer service sector and has extensive experience interacting with people from all walks of life. Although Florence is new to the housing sector, the affordable housing crisis is not new to her. A San Francisco native, Florence grew up next to the city’s Sunnydale Housing Projects and has always been aware of the lack of affordable housing in the Bay Area.

Florence earned her Bachelor’s degree in Sociology with a minor in Community and Regional Development from UC Davis. She’s always had a passion for helping people, specifically low-income individuals and families.  Although she has much to learn about housing, Florence is now in a place where she can help connect low-income families and individuals to resources, and help them take a step towards homeownership.

Matt is the Program Director for Hello Stewardship, a program of Hello Housing. Matt brings 8 years of program design and management experience of deed-restricted affordable homeownership, down payment assistance loan, foreclosure recovery, home rehabilitation and inclusionary housing programs. Hello Stewardship is currently charged with the management of 12 affordable housing programs in seven cities across the Bay Area, including the oversight of over 1,000 below market rate (BMR) ownership homes. Prior to joining Hello Housing in 2012, Matt worked for HomeBricks, Inc., where he gained valuable experience in BMR housing, DPA loans, marketing of inclusionary housing campaigns and monitoring of municipalities’ portfolios of affordable homes. Matt attended San Diego State University, where he earned a B.A. degree in Economics.

Invaluable contractors who support our work

Michelle is a proud new homeowner who purchased a Hello Housing NSP home in San Lorenzo.

Tien is a proud new owner of an affordable home in Newark, as well a box full of tools to make home repairs easy.